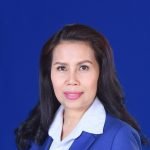 Originally from Michigan, U.S., Ron Anderson studied Business Administration at Andrews University, MI and subsequently completed a Masters of Arts degree in Education Administration from Michigan State University, MI. Ron initially started his teaching career working with young learners in an elementary environment before embarking on to pastures new, internationally. Having completed a short stint in Singapore during the late 1970s, Ron saw the vibrancy and potential within Thailand and, with his extensive experience of the American curriculum, successfully contributed to the developing of international schools both in Bangkok and Pathumthani.

In his capacity as an educational practitioner, Ron has been responsible for the strategic oversight of several schools in Bangkok and has been particularly instrumental in providing leadership for schools in achieving WASC (Western Association of Schools and Colleges) accreditation for the first time. At present, Ron collaboratively directs the Academic Leadership Team at KMIDS. With the scope and vision to take KMIDS to the next level, Ron sees the great potential and uniqueness within KMIDS and continually looks forward to embracing the challenges that come with a newly-established international school in Thailand.

During his spare time, Ron takes an interest in music and despite travelling to over 50+ countries, is still ever-more determined to explore the world, including back home in the U.S.

Having completed her undergraduate studies in Nursing Science during the early 1990s, Kittiya has spent time working in a diversity of roles. Passionate for upholding quality standards in Thailand, Kittiya spent time working as a former QA Specialist at Asean Development Bank and as a former QA consultant in the APPEAL Unit at UNESCO, Thailand. As a subject-matter expert in ‘quality assurance’, Kittiya has also been responsible for implementing initiatives and working on the development of various strategies and projects across Asean countries. Kittiya was the former Deputy Director of ONESQA (The Office for National Education Standards and Quality Assessment, Public Organization) and has worked extensively on quality assurance and strategic reform across the Asia Pacific region.

With a strong desire to contribute to the progress of educational pedagogy in Thailand, Kittiya completed a PhD degree in Research Methodologies in Education from Chulalongkorn University, Bangkok. In addition to this, she acted as an external assessor for international schools and for higher education level. Kittiya is now the Deputy Director for Administrative Services and is responsible for the day-to-day operations in HR and Admin Services. 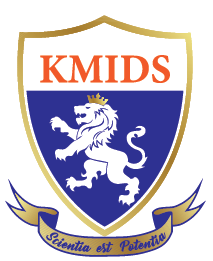